A new season is just around the corner, and with exhibition action already underway, here are some of the latest headlines from around the Western Hockey League:

The 2019-20 season will see the Calgary Hitmen and Regina Pats square off in some old fashioned outdoor shinny as part of the WHL Prairie Classic, held Oct. 27 at Mosaic Stadium in the Saskatchewan capital. The event marks the third time the WHL has hosted an outdoor game, with the most recent coming in February 2011 in Calgary, featuring the same two squads that played before a then-CHL record crowd of nearly 21,000. 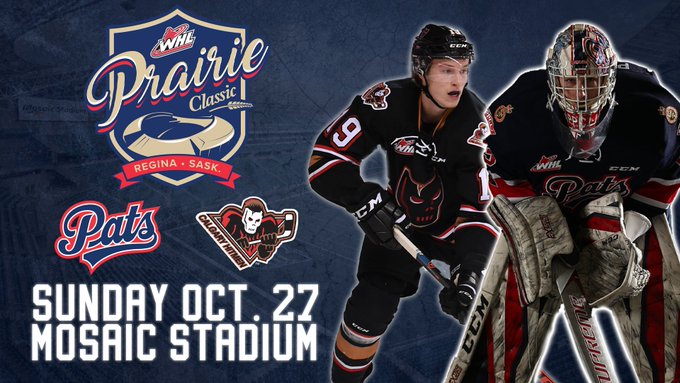 A pair of CHL alumni and longtime Alberta natives in Theoren Fleury (Moose Jaw Warriors) and Kevin Lowe (Quebec Remparts) got the call to the Alberta Hockey Hall of Fame this summer. Following their impressive junior careers, Fleury and Lowe went on to star in the Battle of Alberta with the Calgary Flames and Edmonton Oilers, respectively.

Congrats to #Oilers alum & OEG Vice Chair Kevin Lowe on being part of the Alberta Hockey Hall of Fame class of 2019 along with Theoren Fleury, Shirley Cameron, Bob Ridley & Duncan MacDougall as well as the 1986-87 & 1987-88 @TigersHockey teams. https://www.nhl.com/oilers/news/blog-kevin-lowe-heading-to-alberta-hockey-hall-of-fame/c-305552272 …

Among the other 2019 inductees includes Bob Ridley, the longtime play-by-play voice of the Medicine Hat Tigers who has broadcasted nearly 4,000 games since the franchise’s inception in 1970. Ridley’s decorated broadcasting career has witnessed countless unforgettable moments, particularly back-to-back Memorial Cup wins in 1987 and 1988. As the only Alberta team to win consecutive championships, both squads were inducted into the Hall alongside Ridley.

Across Western Canada, other 2019 inductees include:

The Swift Current Broncos will have a big-time reinforcement on board this season with defenceman Kasper Puutio, the first-overall selection from the 2019 CHL Import Draft.

A native of Vaasa, Finland, the budding blue-liner appeared in 31 games last season with Karpat of the top Finnish league, helping the club capture the league championship. On the international stage, Puutio skated in six contests with Team Finland at the World Under-17 Hockey Challenge en route to a silver-medal finish.

NEWS: Kaspar Puutio (@PuutioKasper) has signed a Standard Player Agreement with the Broncos. He was the first overall pick in the @CHLHockey Import Draft. 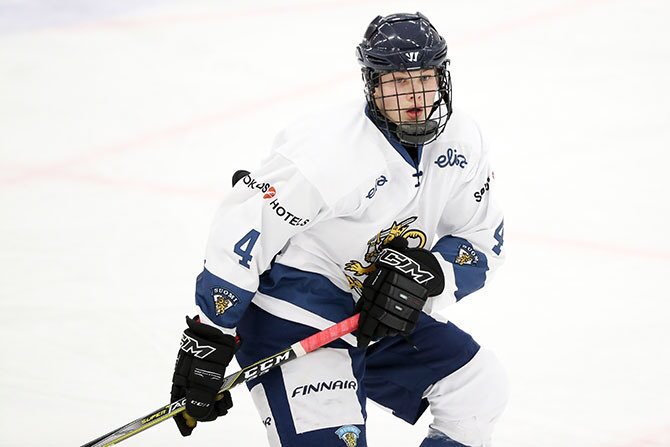 A strong two-way rearguard, the challenge for Puutio will be adapting to the North American game as he readies for the 2020 NHL Draft. In offering a scouting report of his new prize, Broncos head coach Dean Brockman said in a statement, “He’s a pretty competitive guy. He brings skill and compete to the back end. He makes great decisions with the puck and he can bring some offence.”

For the first time since 1984, the WHL is back in the Manitoba capital as the Winnipeg ICE take shape for their inaugural season.

Playing out of the Wayne Fleming Arena at the University of Manitoba, the ICE promise local junior hockey supporters an exciting squad. While team captain and Vegas Golden Knights first-round pick Peyton Krebs recovers from an achilles injury, look for 17-year-old forward Connor McClennon, the second-overall pick from the 2017 WHL Bantam Draft, to lead the way after a solid performance representing Team Canada at the 2019 Hlinka Gretzky Cup this summer.

The future is also bright with 15-year-old centre Matthew Savoie, the top pick from the 2019 WHL Bantam Draft who has since committed to the ICE.

A dynamic scorer, Savoie tallied 71 points (31G-40A) across 31 appearances with the Northern Alberta X-Treme last season. He then led Team Alberta with 13 points (6G-7A) in six games at the 2019 Canada Winter Games to claim the bronze medal. 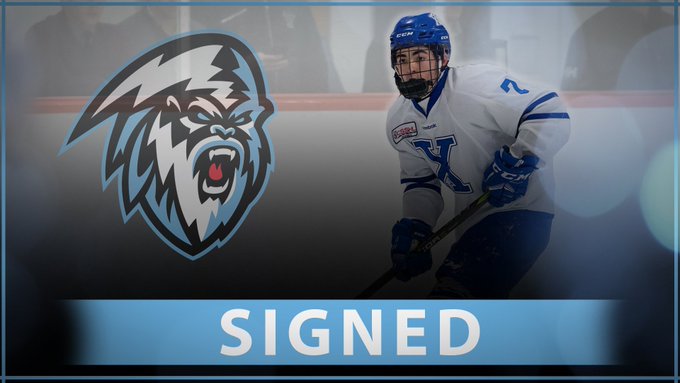 Behind the bench, the ICE have retained head coach James Patrick, a Winnipeg native who returns for his third season. A former NHL defenceman of 1,280 career games, Patrick is the uncle of Brandon Wheat Kings graduate Nolan Patrick of the Philadelphia Flyers.

The WHL family is saddened by the loss of longtime director of education services Jim Donlevy, who passed away in August at age 82.

The Alberta native was vital in the creation of the League’s scholarship program that has granted more than 6,000 educational packages and over $25 million since its launch in 1993-94.

The WHL is deeply saddened by the passing of our great friend & colleague, Jim Donlevy. 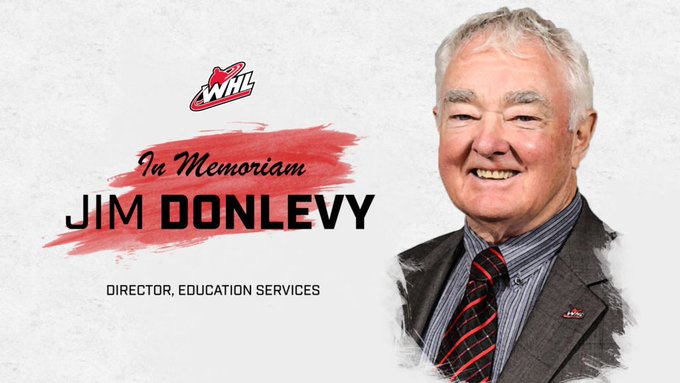 “Jim was instrumental in establishing league-wide education standards and policies for student athletes,” WHL commissioner Ron Robison said in a statement. “Jim always took a strong personal interest in ensuring our players achieved their academic goals while playing in the WHL.”

A part of the WHL since 1992, Donlevy was presented with the WHL Governors Award in 2013 and was inducted into the Alberta Sports Hall of Fame earlier this year.